Lynette Anderson was brought up exploring the woods of Dorset, England. From her first job spinning dog hair for doting owners, she has always looked at things a little differently and has been just a little obsessed with the way things look and feel.  From a very early age under the instruction of her mother Ruth and both her grandmothers, she has learned textiles and art and craft skills so it is no surprise that Lynette has been as successful as she has. From her maternal grandmother, Lynette learnt to knit and from her paternal grandmother she learnt embroidery, drawing and painting. Lynette and her brother were kept busy as children outdoors and indoors with a wide range of craft projects.

Later on in life, she did a short course in patchwork, as a way of finding a new hobby while her four boys were small, and her interest soon grew into a thriving teaching and pattern designing business which she continued after migrating with her family to Australia in 1990.

Lynette now designs for RJR Fabrics. Her sophisticated naïve design style is extremely distinctive and combines simple stitchery with applique and piecing, making it attractive to embroiderers and quilters worldwide.

With inspiration for her patterns coming from her childhood adventures, evening walks with her husband Vince and dog Hugo along the beach near their current home, as well as everyday life, Lynette’s designs are as vast as her imagination and always incorporate a little touch of whimsy.

From a memory or a chance encounter Lynette first draws out her ideas, often without an end product in mind. She says that sometimes a quilt will start with an idea for just one block, and other times she will just start drawing and get an idea of what product the design is best suited as she goes along.

Lynette’s fabric, buttons and designs are unique in that they always start with her drawings before being transferred onto computer to be finalised. 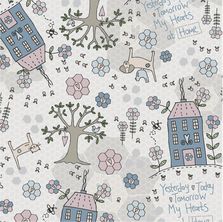 My Heart's At Home 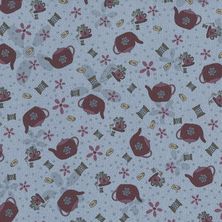 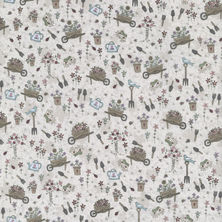 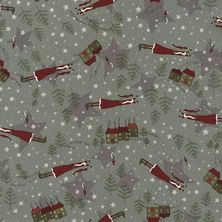 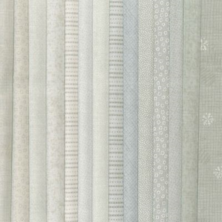